Everything’s interconnected – particularly where mechanical engineering’s concerned. This was the principle on which the new Hamburg headquarters of the HF Group, known for developing customised machinery, was based.

Which is why the new build by PSP Architekten consistently interlinks all areas of the company and ensures seamless communication. The architects collaborated with furniture store Gärtner Möbel to create a non-territorial concept, which is ideal for these purposes.

Around 300 people, who were previously spread over two separate sites, work at the new headquarters. The offices cover floor space of 7,700 square metres, in which the HF Group operates a new work concept. From the reception to executive offices, there are no permanent workspaces but hot desking, teamwork and flexible working hours instead. The HF Group’s hot desking model is designed for maximum flexibility. Each day, employees pick the workspace that suits them best. Which is why the right infrastructure was vital in order to connect everyone and everything reliably.

In addition to supplying power to each of the workspaces, Wi-Fi throughout and individual data connections were required.

“We had a look around ORGATEC to find a solution that met our aesthetic and technical requirements. The variety and stylish design of Schulte Elektrotechnik’s EVOline range quickly impressed us,”

And this applied in many respects. When closed, only the EVOline Square80’s discreet sliding lid can be seen, which can be pushed aside with one finger to reveal the socket and a USB charger. This means easy-to-access power and data are within reach and there’s an optional Qi charging function in the lid too.

Concentrating everything the Hamburg-based company does in the new build pays dividends in terms of efficiency and transparency. For example, the sales team uses one of the nine conference rooms to pitch to customers. This space has a floor-to-ceiling window, which looks out onto operations in the assembly shed. Therefore, this room is interconnected in several ways as the flexible infrastructure means that employees or customers can be in touch with the whole of the world in no time. And last but not least because of the modular EVOline FlipTop Push solution, which is fitted to the conference table.

The Skylounge illustrates the HF Group’s link with the city. Employees can wind down and enjoy looking out over Hamburg and switch on their smartphones or laptops easily. Because the EVOline Circle80 makes access to electricity and data no problem. The fitted solution gained a special mention from the German Design Award 2021 and, alongside the socket, its additional double USB charger also offers further fast charging options. 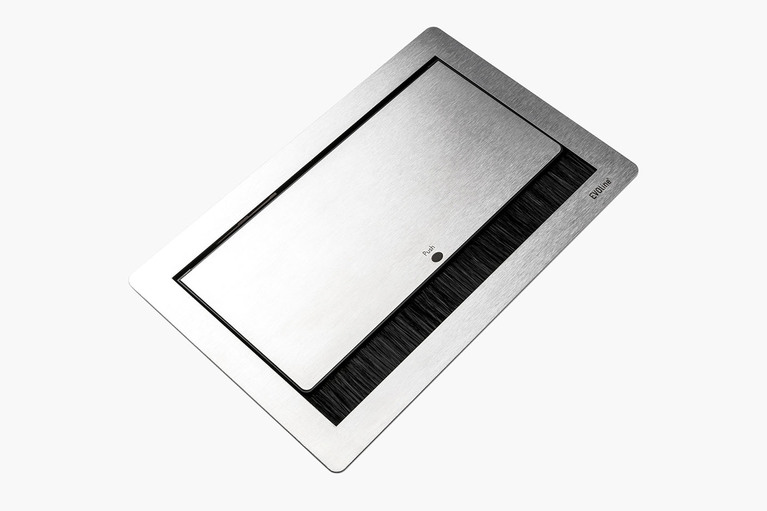 An elegant installation solution for all workspaces that require power, data and multimedia. 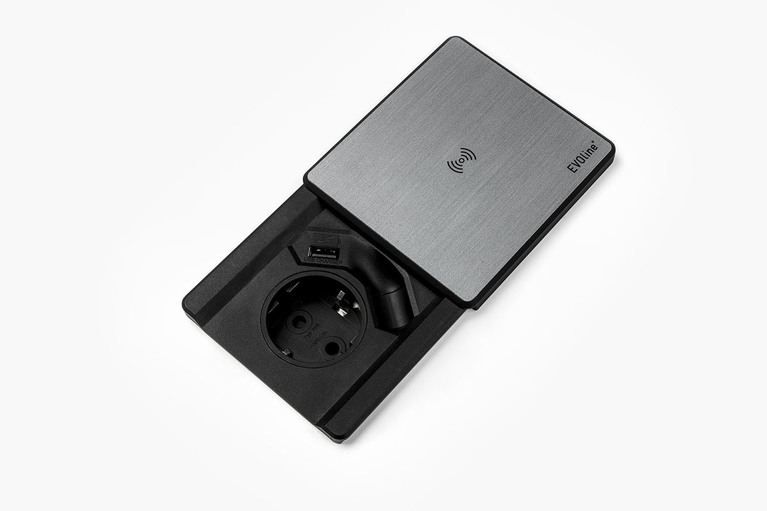 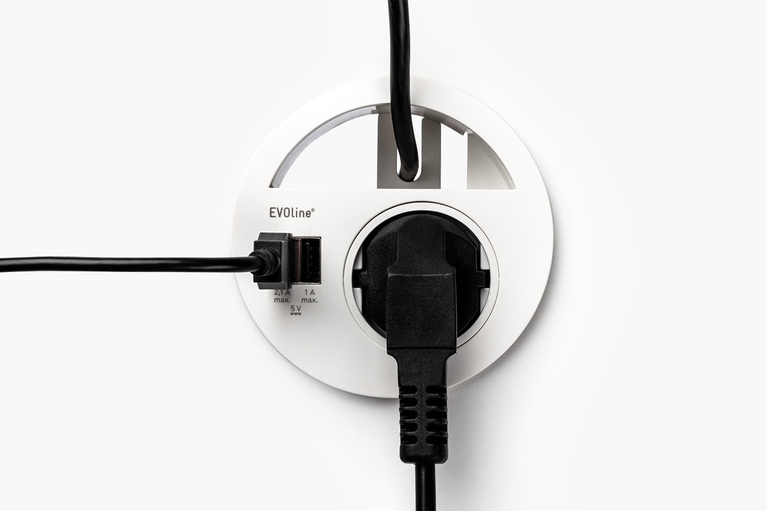 The three-in-one solution for modern workplaces. 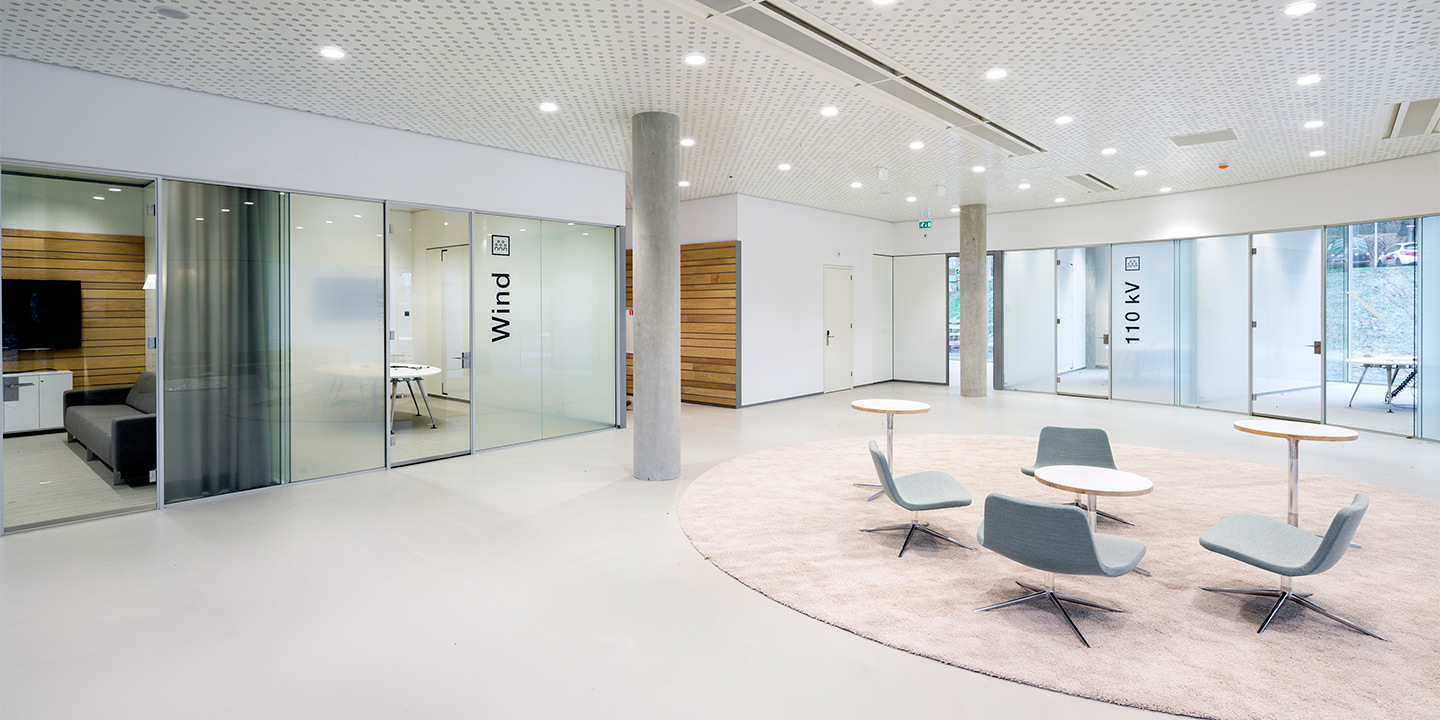 Future assured power supply in harmony with nature and the environment

Austria’s leading real estate developer is building a glass palace for itself and its customers. 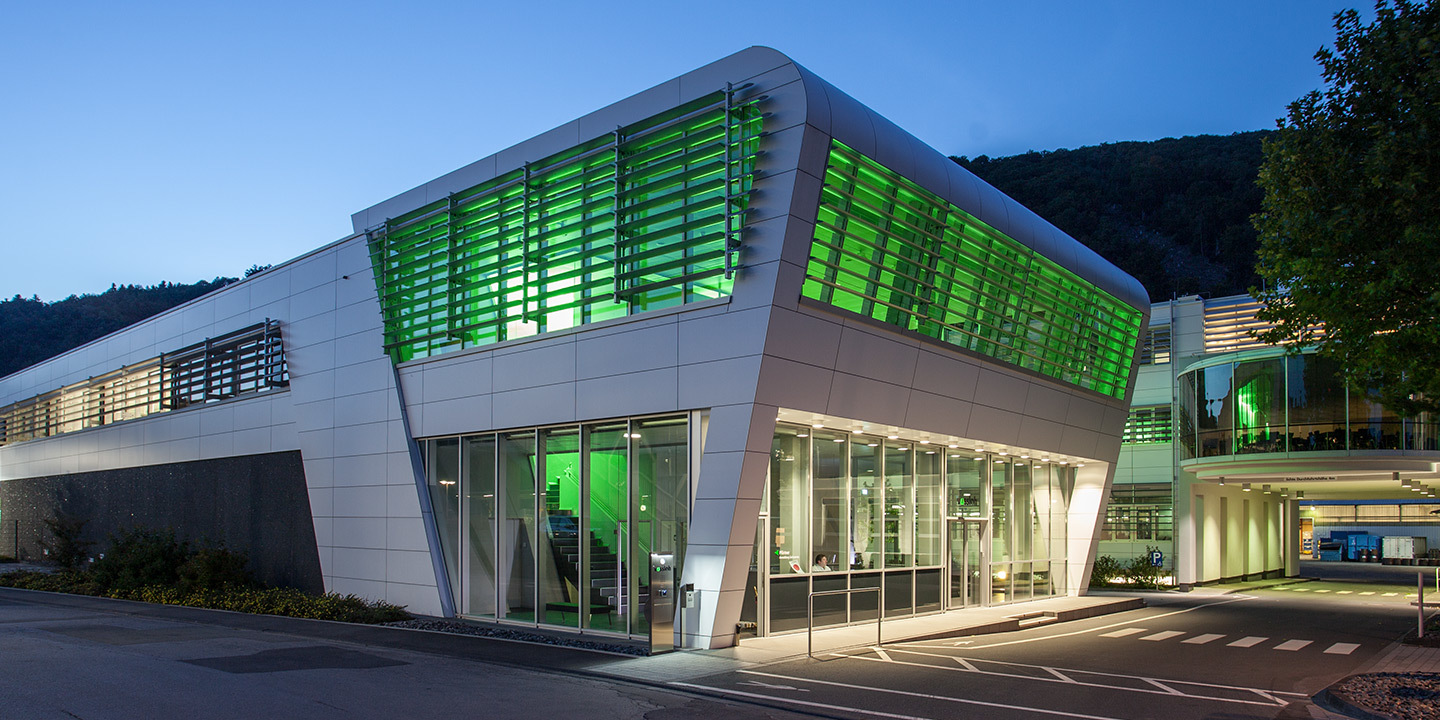