Behind EVOline® stands Schulte Elektrotechnik. In 1964 Siegfried Schulte went into business for himself as an engineer in Lüdenscheid - and is still working on his vision of making electrics safer and more intelligent. With the development of innovative circuit breakers, Schulte Elektrotechnik became the first address for integrated safety concepts for electrical devices.

The first products included patented motor protection, zero voltage and dead man's switches that made the use of circular saws, lawn mowers and other dangerous equipment, safer. To this day, they are used by millions of leading manufacturers.

The first steering column switch for automobiles, which bundles all switching from indicators to lights on the steering wheel, is another of nearly 300 patents registered by Schulte Elektrotechnik. In 1997 Siegfried Schulte was awarded the Rudolf Diesel Gold Medal by the then President of the Federal Council Johannes Rau for the invention of the first self-controlling residual current circuit breaker for decentralised application.

From a manufacturer of built-in special switches, Schulte Elektrotechnik has developed into a supplier of modular system solutions for power and data connections  with EVOline®. EVOline® products can be found not only in offices and hotels but also in fitted kitchens. With the multiple award-winning Plug EVOline® also became a household name.

Today Schulte Elektrotechnik is active worldwide with more than 30 sales partners. At home, around 150 employees produce in high vertical integration with a high proportion of manual work, thus guaranteeing the highest quality of workmanship. The development team of creative engineers translates the EVOline® philosophy into patentable products and systems: Decentralized power distribution as well as switching and protecting at the source of errors. 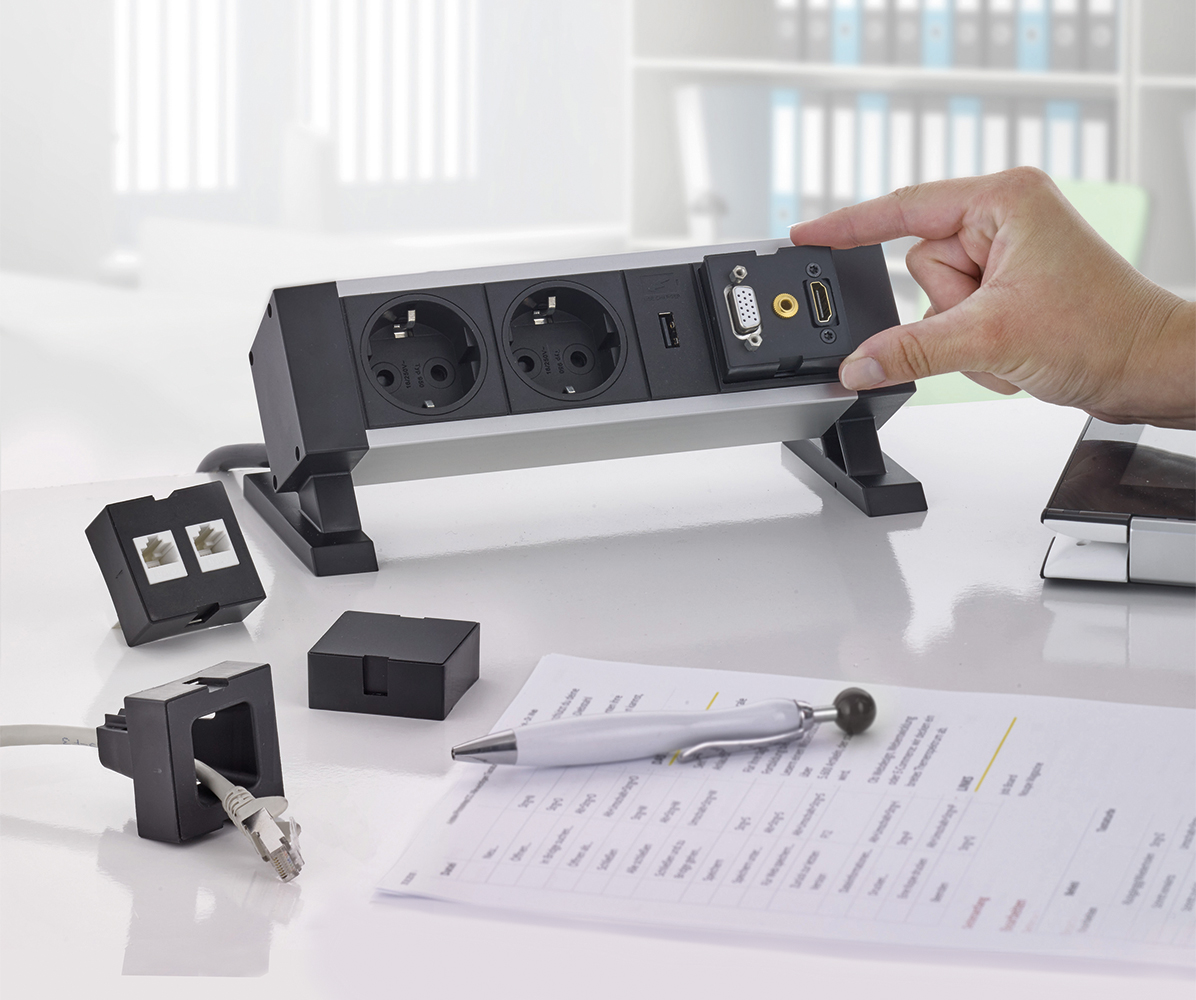 The technology and design of our modular systems are economical, sustainable and safe